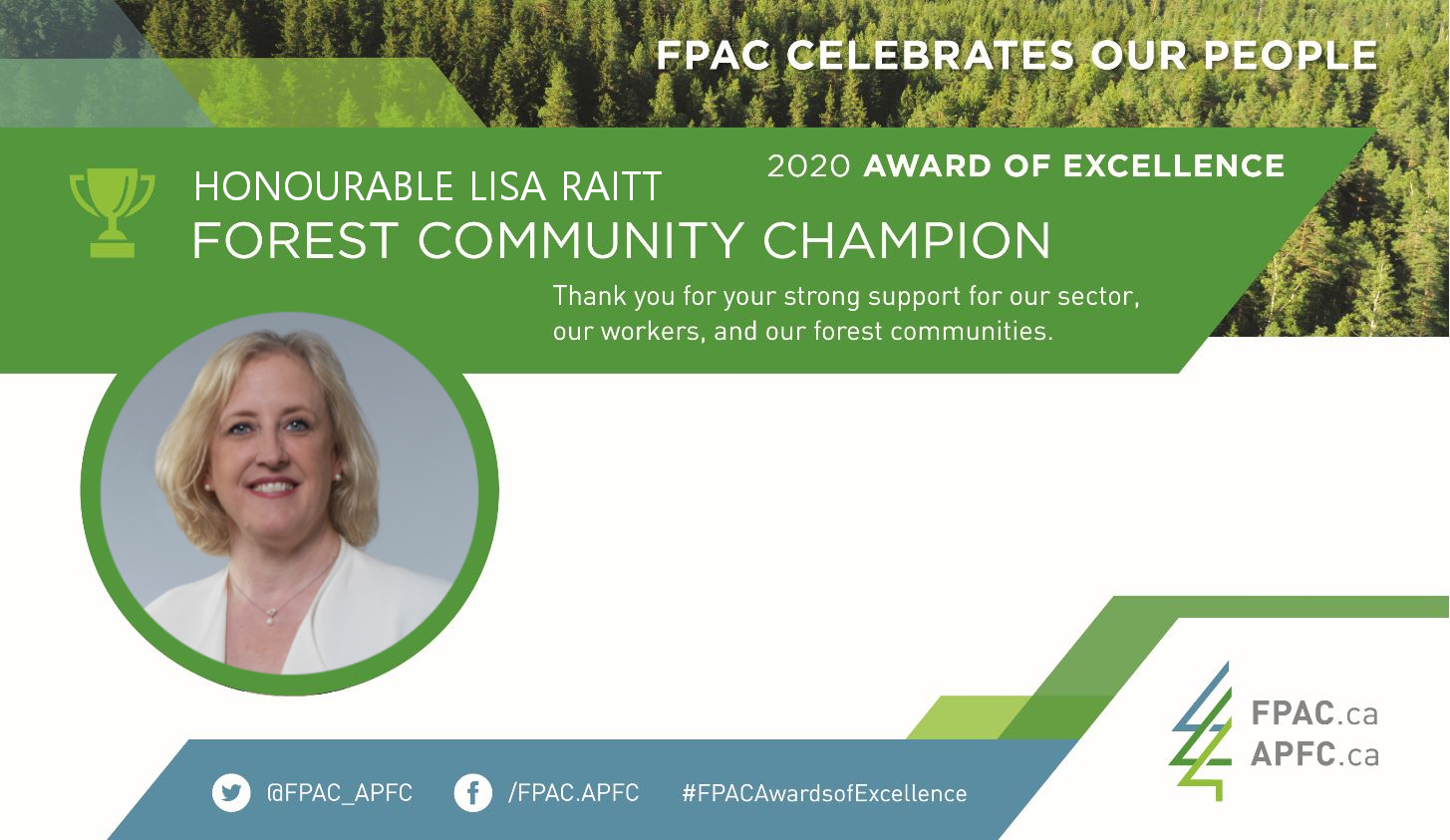 Forest Products Association of Canada (FPAC) today announced the recipients of  its annual Awards of Excellence which include former MP and Federal Cabinet Minister Lisa Raitt as a 2020 Forest Community Champion.

FPAC presents its Awards of Excellence to recognize leadership in the sector and to honour the achievements of our workers and community partners. The Forest Community Champion award is presented to a leader who demonstrates support for the forestry sector and its contributions to Canada’s environmental, economic, and social priorities.

“Whether she was on the government side as Minister of Natural Resources, Labour, or Transport - or in the opposition benches - Lisa Raitt was always there ready to stand up for Canadian forestry workers. This was especially remarkable given she represented a Greater Toronto Area riding,”  said FPAC President and CEO Derek Nighbor. “As an MP and Minister, Ms. Raitt demonstrated leadership and support for our sector, its workers and our communities. She was always quick to reach out to see how she could help. Her commitment was perhaps best demonstrated during the 2009 economic downturn when she played a lead role in securing a $1 billion green transformation package to help Canada’s struggling pulp and paper industry. The initiative saved thousands of jobs and investments allowed the sector to improve environmental performance at our mills,” Nighbor added.

Raitt entered public life in 2008 when she was elected as the Member of Parliament for the riding of Halton until 2015. She then became MP for the riding of Milton until 2019. Raittserved in several portfolios during her eleven year political career and served as Deputy Leader of Her Majesty’s Loyal Opposition between 2017 and 2019. She was also a champion of mental health in the workplace, supporting the development of the National Standard of Canada for Psychological Health and Safety in the Workplace – the first of its kind in the world.

"As a former Natural Resources minister, I know well firsthand how Canada's forestry industry plays an essential role in growing our economy, creating jobs and ensuring sustainability for future generations,” said Lisa Raitt, “I'm honoured to receive this award and want to thank the women and men across the country working in the forestry sector, in communities small and large, for their dedication to ensuring this important industry thrives." 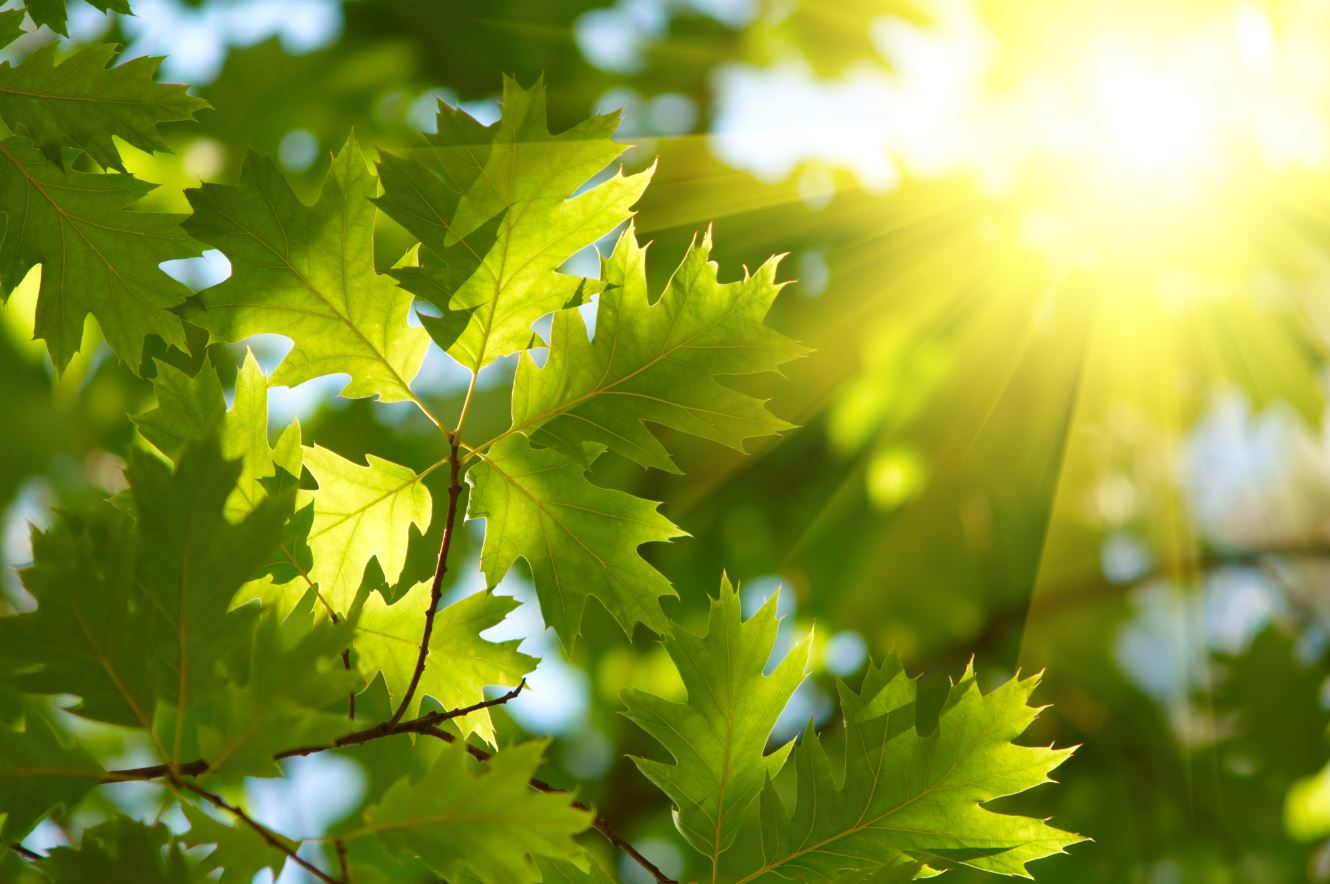 Flushing Out The Truth About Our Canadian Forests
Read Now 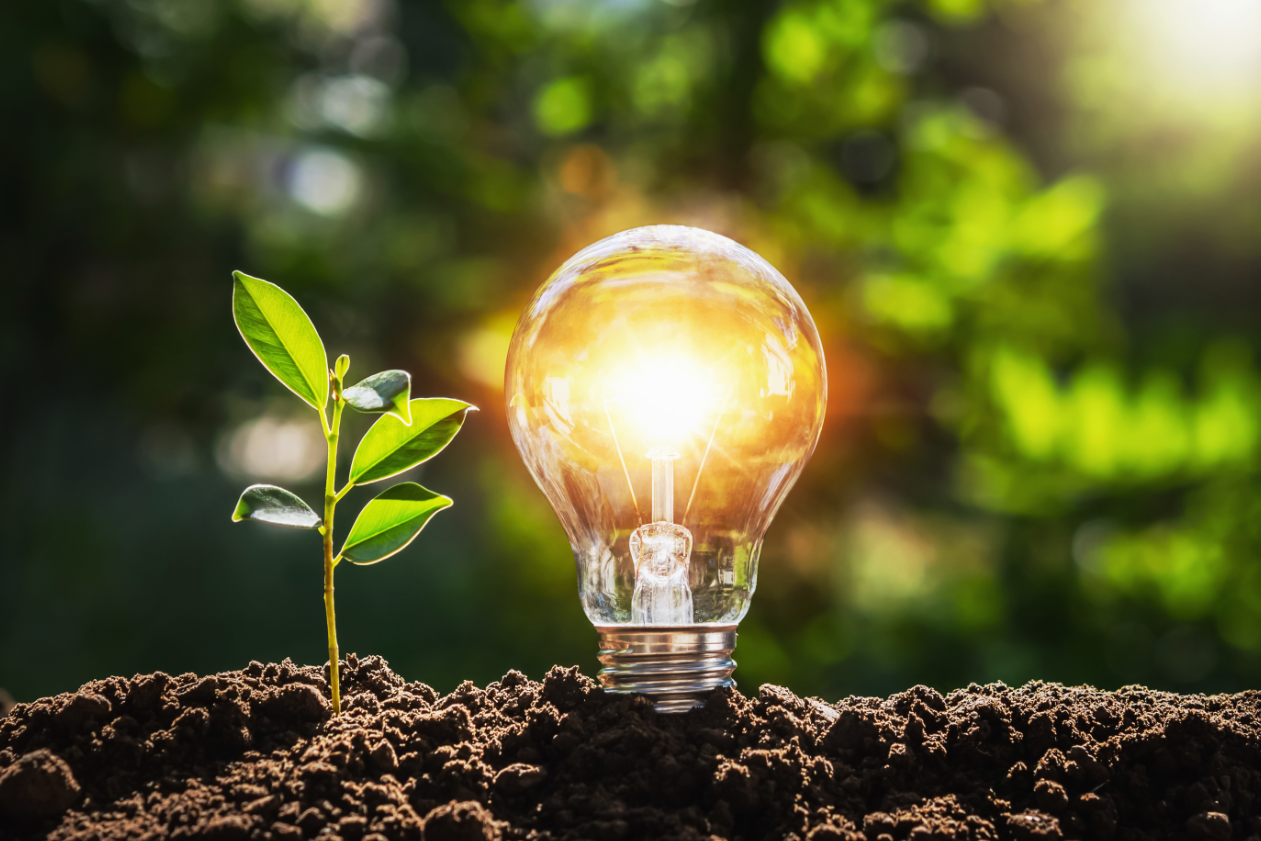 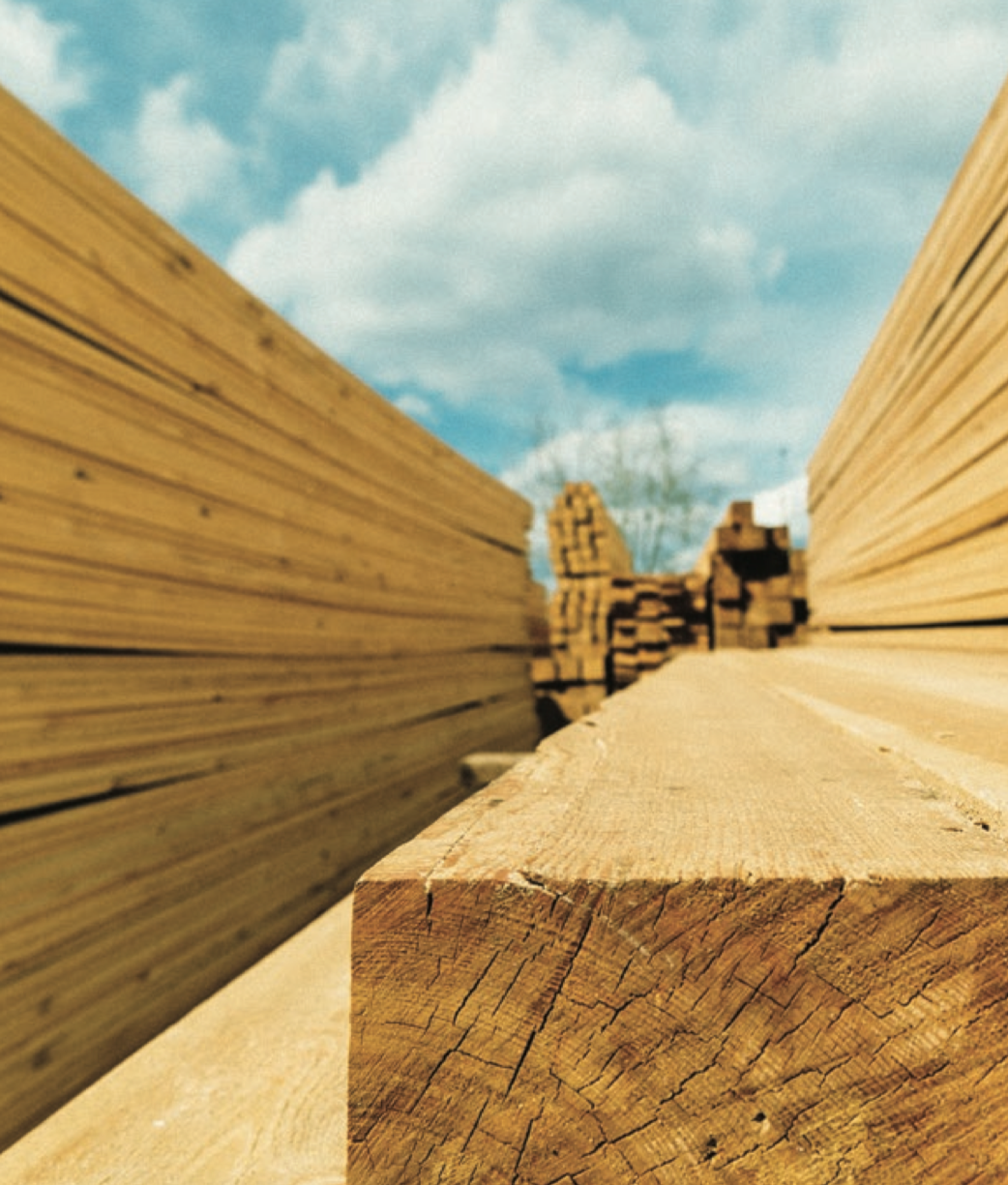